The Census Bureau is the federal government's largest statistical agency. It is dedicated to providing current facts and figures about America's people, places, and economy. Federal law protects the confidentiality of all the information it collects.

Thomas Jefferson directed the first census in 1790. As required by the U.S. Constitution, a census has been taken every 10 years thereafter. In 1840, the Census Act authorized the establishment of a centralized Census Office. In 1902, the Census Office became a permanent organization within the Department of Interior. A year later, it was renamed the Bureau of the Census and moved to the new Department of Commerce and Labor.

Census data is used to determine the distribution of Congressional seats to states:

To make decisions about what community services to provide --

For example, changes in your community are crucial to many planning decisions, such as where to:

Census data affects how funding is allocated to communities for: 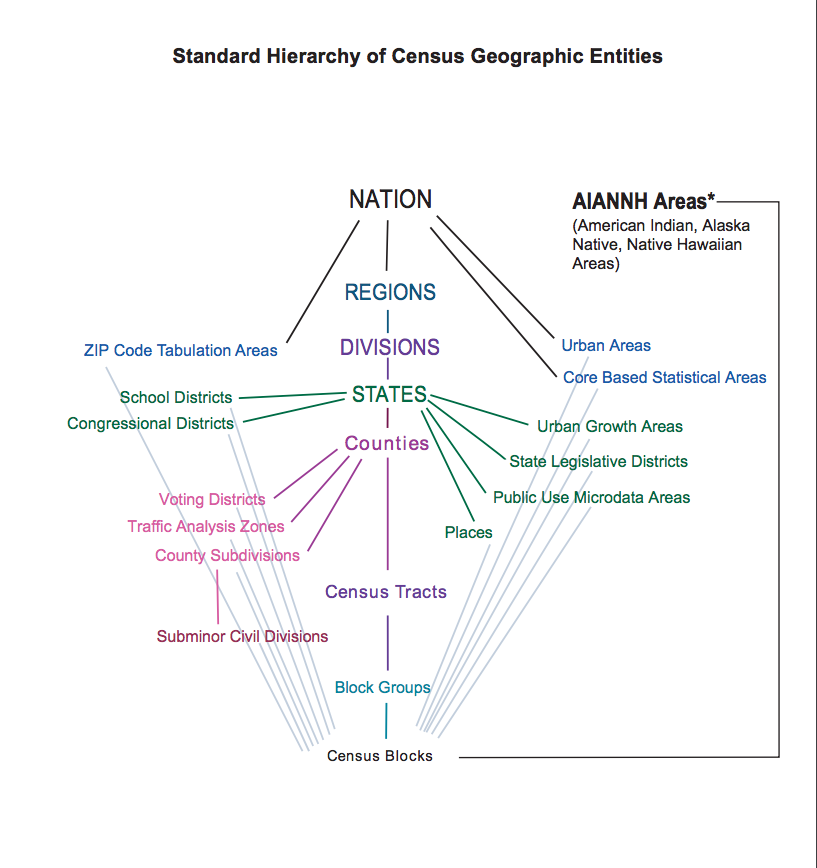 US Census Bureau. (2010). Retrieved from https://www.census.gov/programs-surveys/geography/guidance/hierarchy.html

**Note: Be aware that American FactFinder will serve as an archive system for accessing historical data until Spring 2020. To explore Census data after July 2019, please use data.census.gov. The new platform is now the primary way to access Census Bureau data, including the 2018 American Community Survey, 2017 Economic Census, 2020 Census and more. All new data previously released on American FactFinder will be released on the new website.